ATTENTION! CONCESSION IS IN IMMEDIATE VICINITY OF THE LARGEST GOLD MINING PERMIT INSIDE MADAGASCAR TERRITORY!

The potential of the gold deposits in this permit, is at minimum of USD 1,72 Billions. 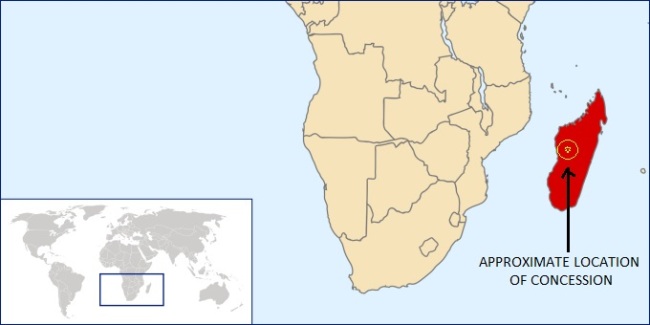 CLICK HERE ⇒ TO SEE ALL OTHER HIGH RESOLUTION MAPS OF MADAGASCAR

The mining concession available is known for two typical ingredients for this region, gold and precious & semi-precious stones. In the immediate vicinity there are many active mining operations. Some are small, others are owned by international multinationals. The region is called with nick-name “BONANZA” and the largest gold concession in Madagascar is located directly in the vicinity of our concession!

Important facts about this Concession:

ATTENTION! CONCESSION IS IN IMMEDIATE VICINITY OF THE LARGEST GOLD MINING PERMIT/CONCESSION INSIDE MADAGASCAR TERRITORY!

PERMIT/CONCESSION SPECIFICALLY ISSUED FOR EXPLOITATION OF: 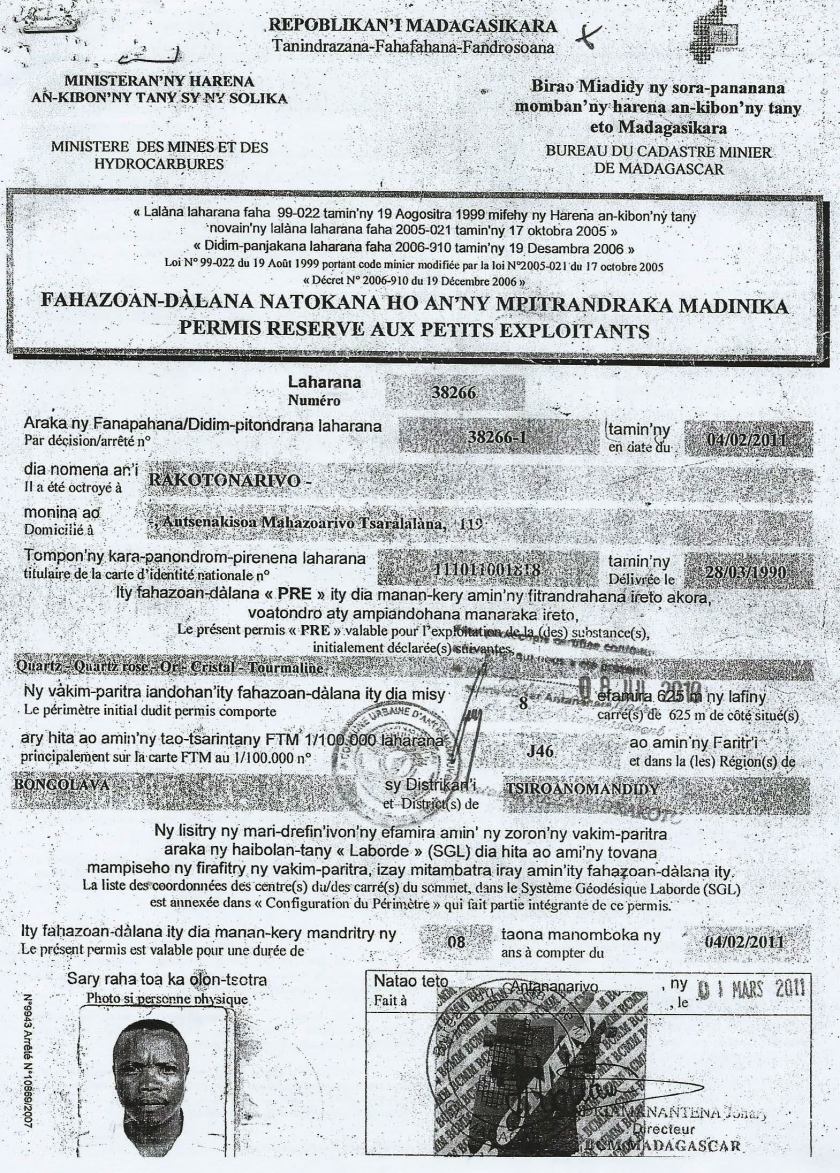 OUR GROUP “SMARAGD” (SM Share Management AG, Switzerland & Stone Export International S.a.r.l., Madagascar) is planning to PURCHASE 6 “carre’s” out of this permit, with total surface 2,34 square kilometers, equal to 234 hectares. Currently, during the transition from old to new owner, we have temporary exclusivity contract (issued on 15. May 2019 and valid for 5 years until 15. May 2024) on the name of “STONE EXPORT INTERNATIONAL S.A.R.L.”, which is also owned by our team! See image below!

CURRENT EXTENSION OF PERMIT UNTIL 16 APRIL 2021 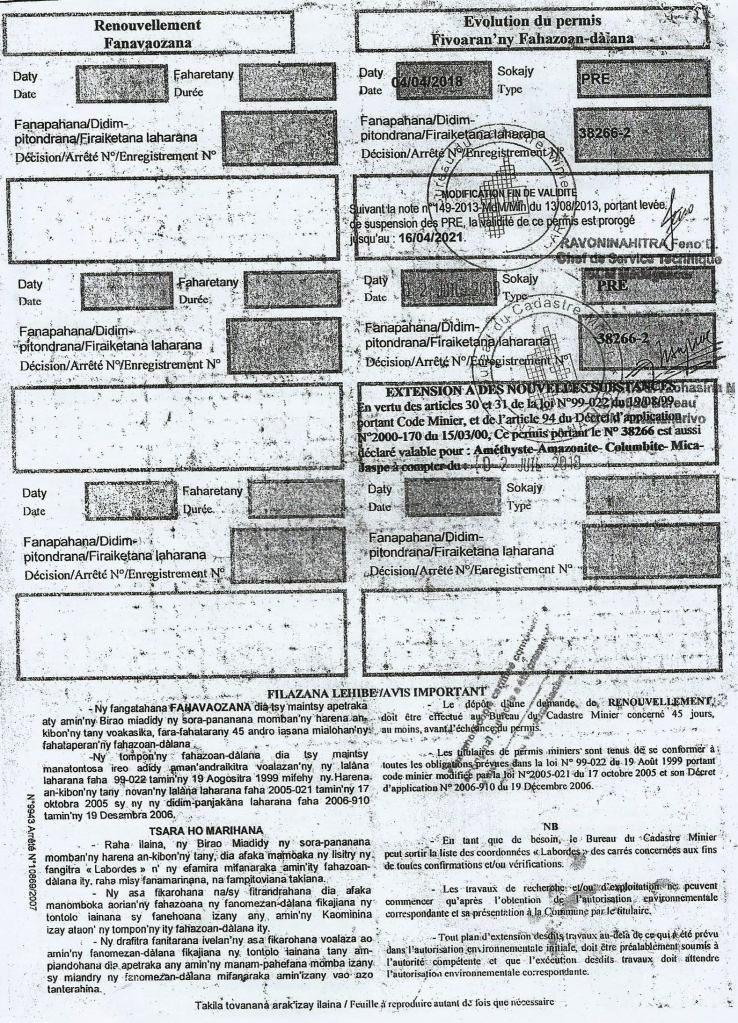 Additional documents and information available / accessible in person, by appointment only.

About gold in Tsiroanomandidy-Itasy region

Gold and gemstones are one of several natural resources that have increased mining activity in Madagascar.
The history of gold and gemstone mining in Madagascar can be traced back to the early 20th century when extractions from the alluvial deposits were widely spread across the island.
The Tsiroanomandidy-Itasy region, is known to have hosted the major alluvial gold deposits on the island.

The island of Madagascar is known to host primary gold and gemstone deposits regarded as hard rock mesothermal lodes. This is a quartz-hosted type of gold deposit which are often very high-grade and hold very good potential for mining. These type of deposits contribute about 20 percent of gold deposits at world level, but they have only begun to be worked in Madagascar on any real scale.

Some of the gold and gemstone deposits in Madagascar also occur in stone belts, quartz reefs and quartz veins. It is also on record that the gold deposits can be found as diffused mineral. Some of these deposits are being worked by artisan miners, but many of them require advanced technology to mine and exploit on a commercial level.

One of the difficulties that Madagascar needs to deal with is the prevalence of illegal mining going on within the country.
In the process their mining is unregulated, and as a result it commonly causes damage to natural resources.

The island of Madagascar still holds huge potential for gold and gemstone mining and prospecting for both large and small-scale miners. It has a wide spread of deposits with high grade value, which when tapped into can bring about great life changing opportunities to both the local community as well as the miners themselves.

The largest economically viable lode deposits are yet to be mined on large scale.

SEE MORE ABOUT GOLD FROM THIS REGION ON EXTERNAL LINKS:

FUTURE (what needs to be done)

Basic GEO survey +/- USD 500.000
Geological survey of the terrain (without drilling), which will reliably show where are the minerals/gold on the whole plot or concession and where we need to drill perforation holes.
In this operation, we are talking about a group of people, namely; 4 geologists, 10 workers, 2 vehicles (4×4), purchase of basic material and a period of 30 days for completion and written output of official results.
Estimate cost (if we organize the survey) will not exceed USD 500.000, of which 50% (USD 250.000) should be paid in advance and the rest after the completion of works (the final amount will not exceed USD 500.000).

Detailed GEO survey with perforations and analysis +/- USD 1.200.000
Therefore, this stage will only come about after the first stage is finished, and when we have official results where we have to continue the research with perforation/drilling on basis of BASIC GEOLOGICAL SURVEY.
The French experts from internationally confirmed company who are engaged in this, will perform detailed drilling, take samples and send samples to the laboratory and submit analyzes.
The price of drilling is about USD 100 per meter per perforation/hole.
How many perforations/holes will be working we will see according to the results from the first stage … but our guess based on our previous experience, we would say approximately this:
If we do 240 experimental perforations/holes (40 per each “carre”) .. then the calculation would be as follows:
240 perforations/holes x 50 (IN DEPTH OF 50 METERS) = 1200 METERS x USD 100 = USD 1.200.000 (approximately)
THE TIME TO COMPLETE THIS OPERATION WILL BE 45-60 DAYS (approximately).
Estimate cost will not exceed USD 1.200.000 of which 50% (USD 600.000) should be paid in advance and the rest after the completion of works. Price includes entire operation including analyzes results from internationally recognized geological laboratory. 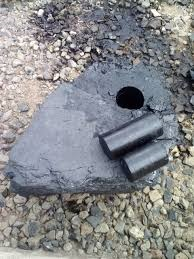 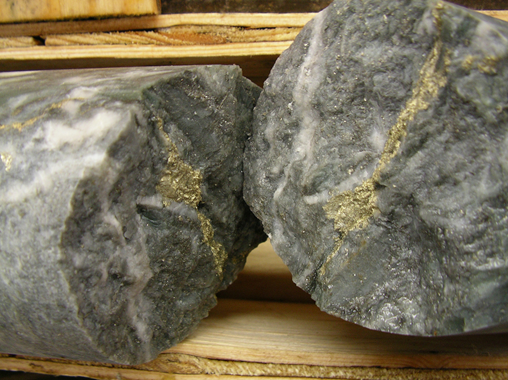